skip to main | skip to sidebar
Welcome! The creative studio is an on going work in progress about the process of creating.

Wednesday,  I went to the Bouquets to Art show at the De Young Museum SF. Florists are chosen to
create floral arrangements for a piece of art. They list 5 different pieces they would like to create and a committee assigns them one. The show lasts from Tuesday-Friday and has been an annual event for 33 years!

I went first thing in the morning, arriving before the doors opened to an already waiting crowd. Unbeknownst to me they had instated a new policy of no photos allowed before noon.So I (in good company with other people) had to surreptitiously sneak photos with my iphone. Some of the arrangements were not possible to shoot due to guards or too many people.
My favorite arrangement is by Waterlily Pond Floral and the painting for inspiration is "Singing Beach, Manchester Ma." by Martin Johnson Heads 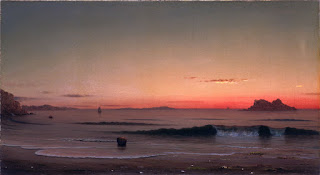 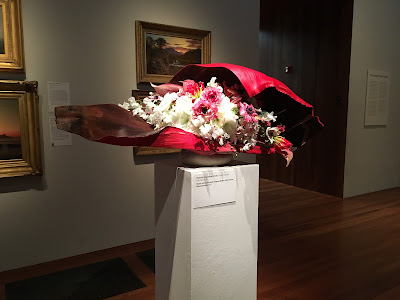 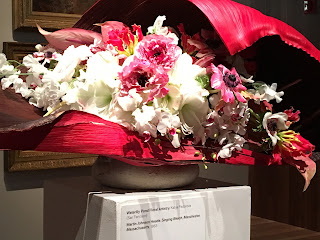 One of my favorite painters - Richard Diebenkorn,  Ocean Park 116. I was trying to avoid a guard so didn't get a chance to see who the florist was. I really like the arrangement they made for this painting. 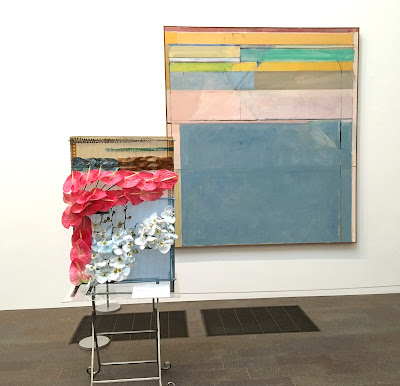 I love the simplicity of this black and white painting with the accompanying floral arrangement.
Unfortunately I don't know the names of the artist or florist. If you do
know please post in the comments below. 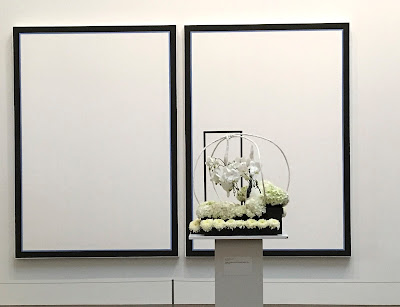 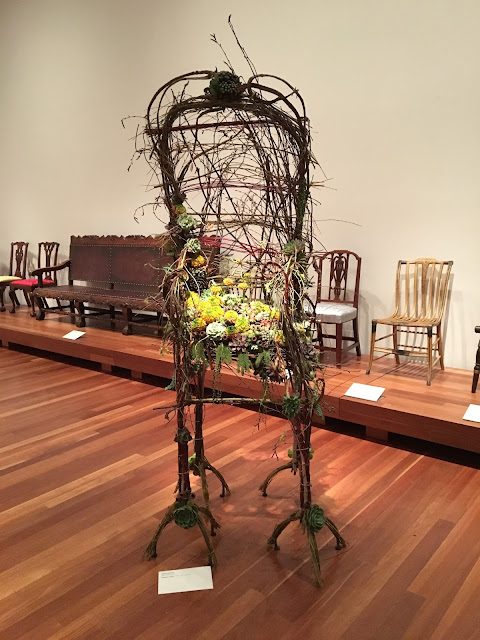 This still life was mostly made from wax! 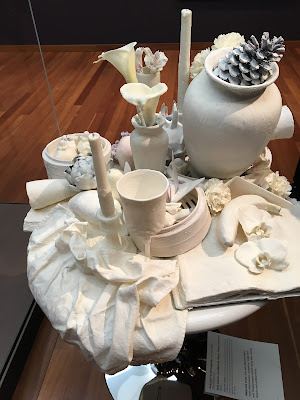 Close up of a large piece created with cardboard, dripping wax
and plants. 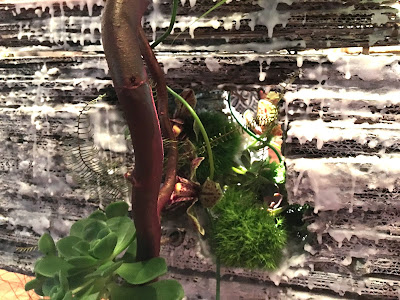 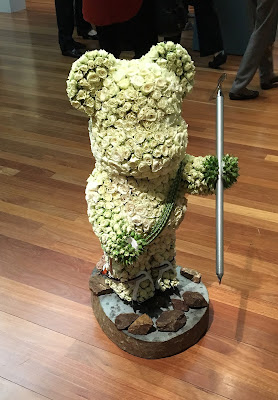 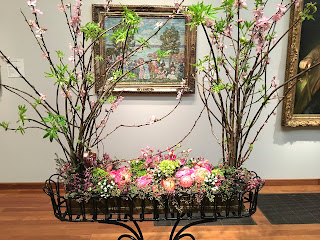 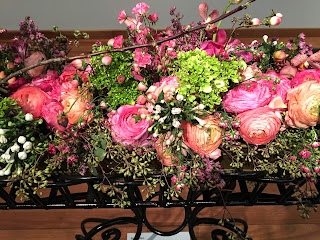 Close up of a  floral dress to mimic dress in painting: 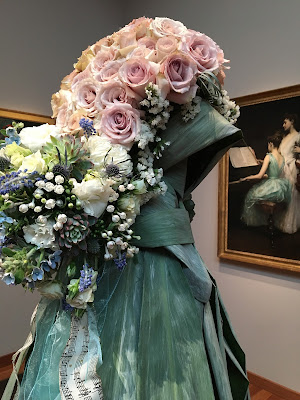 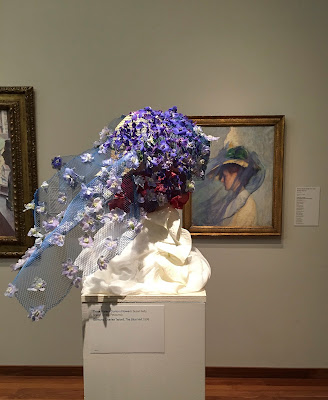 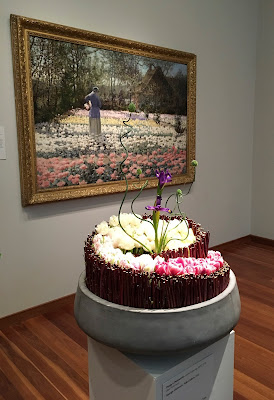 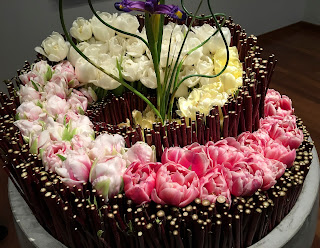 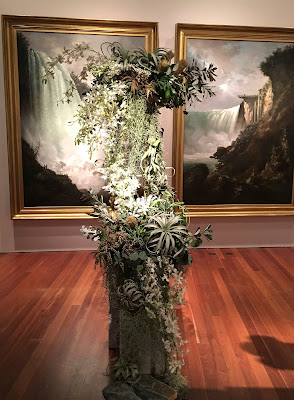 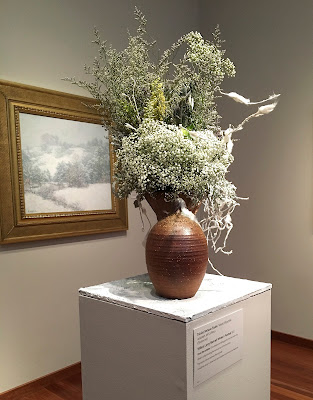 There is a Frank Stella's prints exhibit going on till April 30th so some of the florists
chose to create some very clever arrangements for some of his pieces. 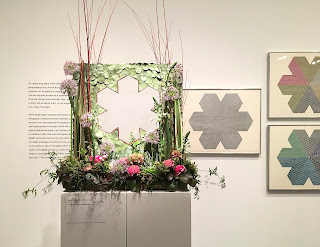 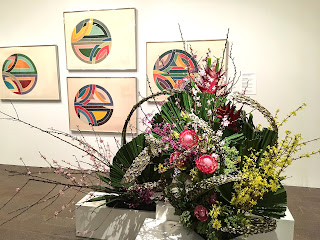 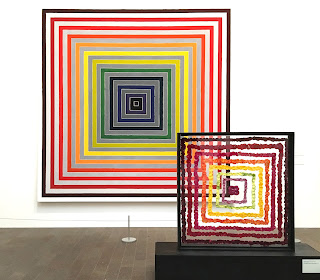 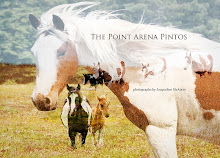